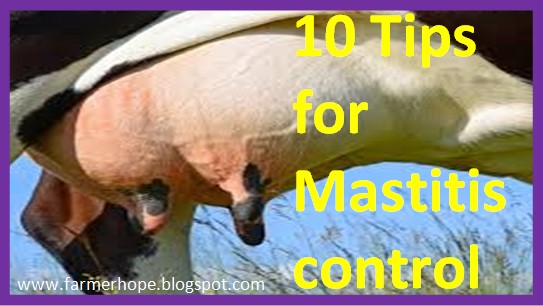 Mastitis is strong risk factor for a dairy farm.It may causes drastic loss in your farm.here I mentioned 10 important tips for you to save your farm from mastitis. At first we need to know “what is mastitis”

You now, literally mastitis means inflammation of the udder .The udder is also known as mammary gland. The main causes of mastitis are the reaction of milk-secreting tissue to injury produce by physical force, chemicals introduced into the gland or most commonly from bacteria and their toxins.

So, How can we check it?I will mention 10 simple tips for you to save your farm from mastitis.

The cow should provide a clean and stress-free environment. Under stress-free environment, oxytocin is best stimulated for cow which causes optimal milk production. If the farm is clean and clear the presence of mastitis-causing bacteria will decrease.
The bedding should be cleaned regularly because it is the main source of contamination. It should be worm, wet weather refresh bedding should be used. It is wise to chose inorganic materials as bedding materials because are low in nutrients and moisture so the level of bacteria in minimum.

The teats must be cleaned before hand-milking or attaching milking machine. It prevents the entrance of bacteria into the teat canal during milking process.

A lot of environmental organism such as Streptococcus urberis, Streptococcus dusgalatiae and coliforms (E.coli, Klebsiella and Enterobacter) are found in soil and manure. They may be take place in teats. Before milking these contaminants must   be cleaned. Otherwise those bacteria could be forced into the teat during milking and the udder will be infected.

Bacteria may be carried out by the water .So water should use only in heavily soiled teats and lower udder sidewalls. Water should be used in low pressure and as minimum as possible.
The water hoses must be flushed out before each milking. Because in old water in hoses might contain Pseudomonas aeroginosa bacteria. These may infect teats during spray water.

Germicidal teat dips will reduce the number of bacteria on teats so that the risk of mastitis will reduce. Dips will kill teat surface bacteria which will reduce the incidence of new udder infection. Teat should be dipped t least 20 seconds before wiping off. Germicidal dips are more effective than spraying because dips will provide better coverage than sprays.
Dip cups must be cleaned before use.So they cannot carry bacterial contamination for cows.To prevent further spread of mastitis-causing bacteria ther remaining dips in the dip cups must be disposed after each dipping session.

After dipping clean and dry the teats by using paper towels or reusable cloth towels. Separate paper or cloth should be used for each cow to wipe the teats clean and dry. It is needed to be conformed that there is no solid on and around the teat opening.
Dry teat is suitable for best suction of milk by milking equipment. There may be chapping, pinching or bleeding in teats if they are not properly dried and cleaned. It caused further infection by mastitis-causing bacteria.

This is done before attaching the milking unit to check for clinical infection. This practice stimulates oxytocin. Oxytocin will closely relate to the milk let-down mechanism which increases milk production.
Fore-stripping may be applied before the teat dip or after the teat dip. Both ways are equally beneficial for farm.
This practice is very important of improving the quality of milk and teat end health.

The personnel involved in using milking equipment must  be properly trained up in this process. They should know properly how to attach, adjust and remove the milking machine.
Air should be prevented during the attachment and adjustment process of units resulting hang properly.
The unit should be adjusting properly during milking from the side or between the rear legs and it must be observed carefully. If any quater not milked out completely the milk will remain in that quater until next milking. Sometimes it may produce clinical mastitis case.

Removing of the unit could do more harm if it is wrong. If the unit is removed from one or more quarter before milking is  finished may cause air lea into the claw which impact the other attachment quarters by teat-end impact.

When teat is affected, bacteria in the milk may be forced into tat canals attached quarters. It may be one causes of mastitis in farm.

In milking barn or milking parlor, it is important to use milking machine properly. It is a major part of mastitis control programme.

The staff should be use machine properly and following protocol properly.

The cows should keep in standing position after milking allows time for closure of the streak canal. This canal may be dilated even an hour after milking.

The proper quantity of vita E & Selenium should be ensuring in ration. Because these two elements play a vital role for healthy udder . 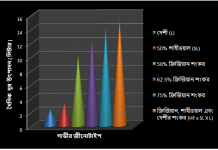 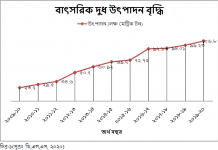 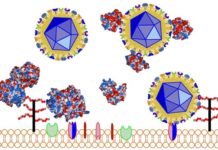 Guidelines for Clinical Management of Lumpy Skin Disease in Bangladesh

ABOUT US
Newspaper is your news, entertainment, music & fashion website. We provide you with the latest news and videos straight from the entertainment industry.
Contact us: contact@yoursite.com
FOLLOW US
© Copyright 2017 - Newspaper WordPress Theme by TagDiv
error: Content is protected !!